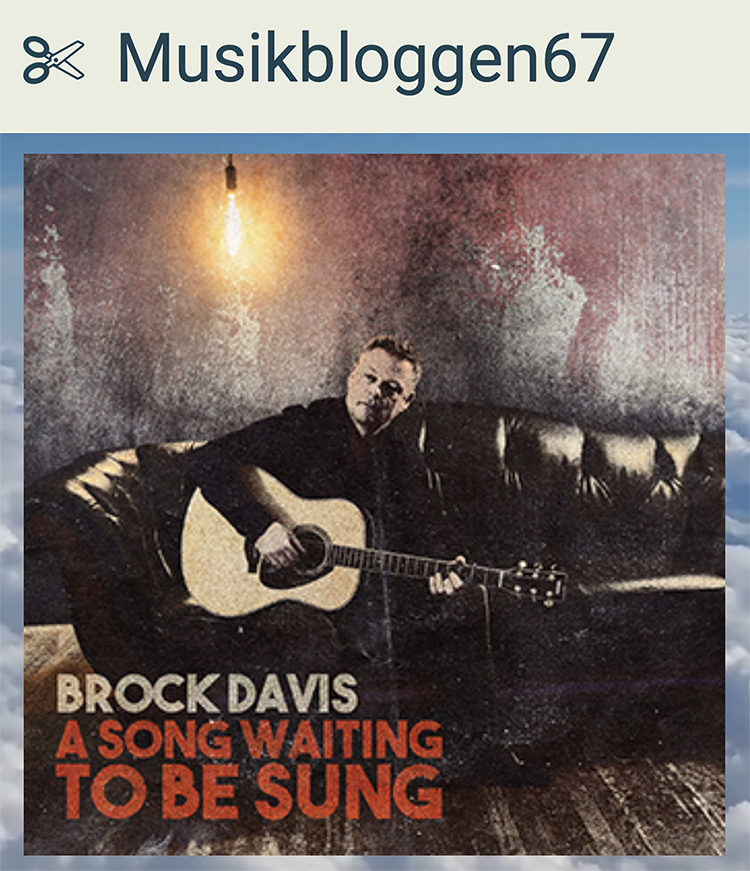 “A consistently good album with many standout tracks.”

Brock Davis' latest album “A Song Waiting To Be Sung” will be released on 2022-03-11. Brock Davis comes from a small town near Vancouver, Canada but today he divides his time between Santa Cruz, California and Nashville, Tennessee. The music is Americana, Indie Country, Folk and Rock n Roll. Brock's interest in music took off when he saw Bruce Springsteen with the E-Street Band on TV when he was 15 years old. With him in the studio, he has 13 fellow musicians. Brock wrote or co-wrote all the songs himself.

In an attempt to describe Brock Davis, I think that he sounds most like John Hiatt and not so much Bruce Springsteen. Here he has created a consistently good album with many standout tracks. With other records, you might want to opt out of a few songs that weigh down the result, but that’s not the case on this album.