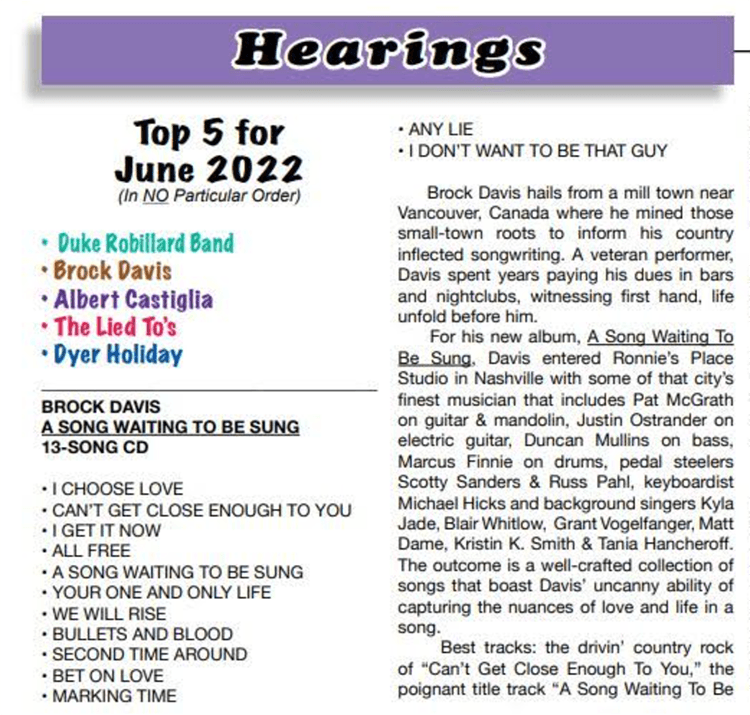 BROCK DAVIS
A SONG WAITING TO BE SUNG
13-SONG CD

Brock Davis hails from a mill town near Vancouver, Canada where he mined those small-town roots to inform his country inflected songwriting. A veteran performer, Davis spent years paying his dues in bars and nightclubs, witnessing first hand, life unfold before him.

Best tracks: the driving’ country rock of “Can’t Get Close Enough To You”, the poignant title track “A Song Waiting To Be Sung”, the optimistic swagger of “We Will Rise”, the revelatory “Bullets and Blood”, the sweetly penned, Gordon Lightfoot infused “Second Time Around”, and the beautifully orchestrated “Bet On Love”.