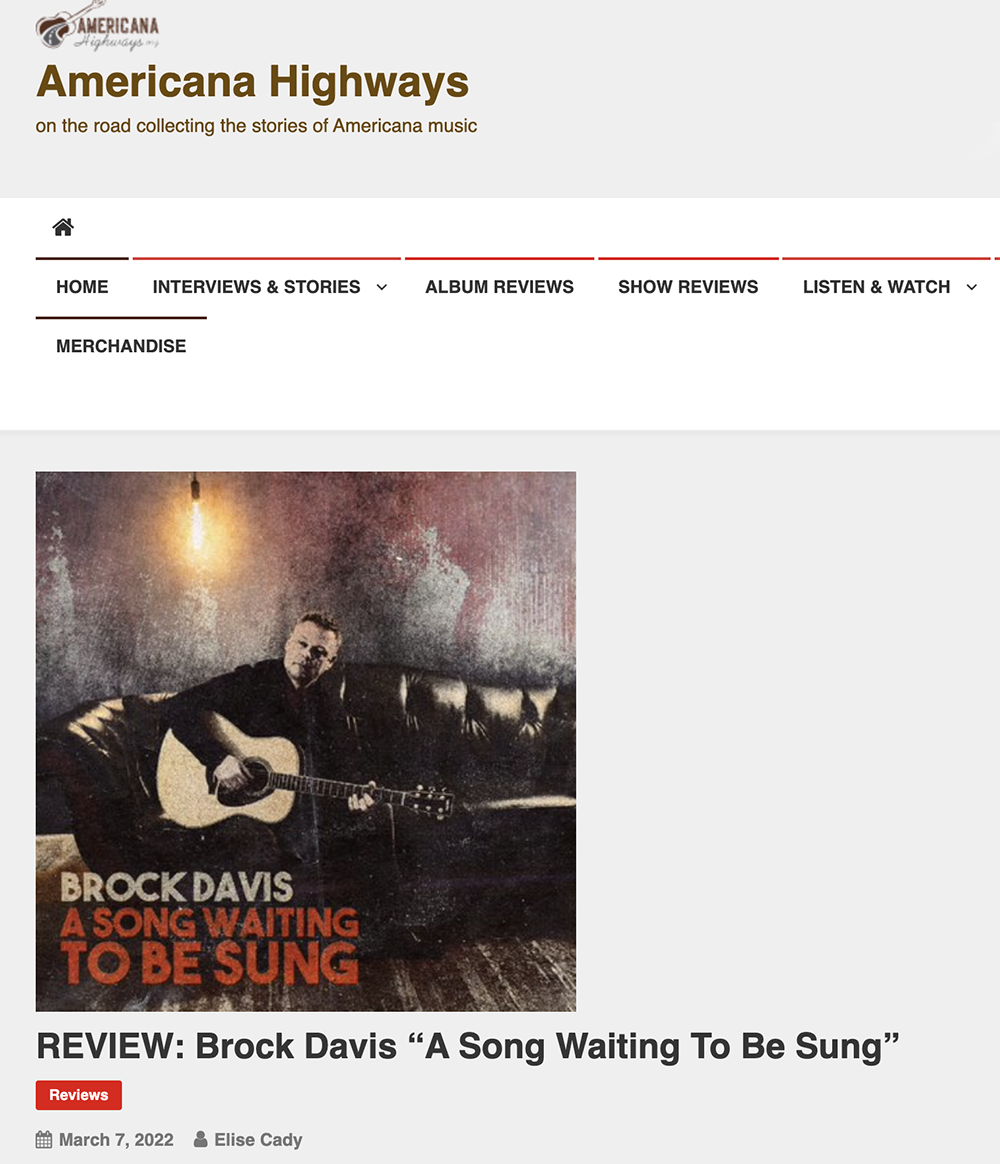 Brock Davis has a new album out, A Song Waiting to Be Sung, released on Rainwater Records. A Song Waiting To Be Sung was recorded and mixed in Nashville by Grammy Award-winning engineer Zach Allen (Keb’ Mo’, Christone “Kingfish” Ingram) at “Ronnie’s Place” in Nashville.  The album was produced by Brock, with an emphasis on crisp modern fidelity.

“Choose Love” is a mournful song, opening the album with a showcase of Brock Davis’ richly textured vocals.  “Every step that we take, takes us farther away, we can give in to hate but it’s a steep price to pay.”  This is clearly about more than just one relationship.

“Can’t Get Close Enough to You” turns the page to a more optimistic outlook with a cheerful rhythms. “I Get it Now” is a country song, with soaring energy and far more lyrical depth than your average fare, a tear-jerker with nostalgia. “I was shooting hoops with my boy last night in the driveway.”

“All Free” folds in southern rock guitar with a hint of pedal steel in an earnest, declarative song on humanity and fairness. The vocal harmonies here are chilling.  “Second Time Around” is a gentle acoustic number with mandolin and understated lyrics in a song about the perfect second chance.

This is a quality country album, with thoughtful emotion, compelling vocals, and vibrant harmonies. The songwriting intends to make you cry just a little, and smile a little bit more.