I wrote “I Get It Now” with my friend Les Hauge. Les lives in Sarasota, Florida and I was in Santa Cruz, California, so like many songwriters during the pandemic, we were trying to write a song over Zoom. For some reason I got talking about how as a parent myself now, I had so much more appreciation for the people who had tried to teach me and help me as a young man. “Man, I just didn’t get it then, but I get it now”, I said. And then I think we both thought at the same time - that could be a great idea for a song!

The first lines for the chorus came almost immediately: “I was young, I was dumb, and I knew everything”. Was that too harsh an indictment, I asked? No, Les replied, that’s pretty much on the money for most of us, and we were off.

As we started talking more about the story it became clear to me that I really wanted to write about the person who had been the biggest influence during my teenage years, my high school basketball coach, Mr. Jim Dudley. Or as we all affectionately called him, Mr. D. 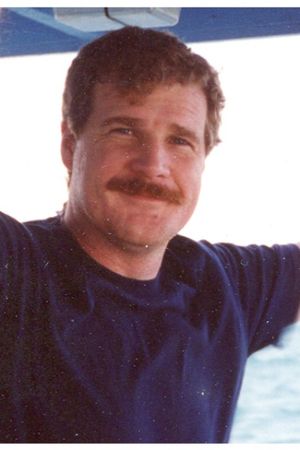 Mr D. was a big man, 6 foot 5, at least 275 pounds, incredibly strong, and as quick as a snake on the basketball court. He had a huge laugh, an outsized personality, and a big curly red beard. He had been MVP on his high school team, most inspirational player in college, and he ended up teaching and coaching in my hometown of Maple Ridge, BC, a small, blue-collar mill town along the Fraser River. He was a competitor and hated to lose. I only beat him at one on one a few times, and I remember how he fouled me like crazy when he realized he might lose.

I have a lot of memories of his kindnesses but I'll just mention one. My basketball shoes had been stolen from the locker room during gym class. And I think he knew how hard up my family was. So as a birthday present, he bought me a new pair and had everyone on the team sign the birthday card. (I still have that card.)

Around the time we were finishing mixing the record I heard that Mr. D. had passed away. He was such an incredible force of nature it’s hard for me to imagine him gone.

Perhaps my favorite line in the whole song is, “You saw the good in me that no one else could find.” It’s one of those lines that just came out of my mouth while I was singing without any conscious thought. But it rings true in such a deep way for me. That was his super power. He cared about people, he saw the good in them, their potential. He gave his time, love and support. And he tried to guide me. I didn’t always get it then, oh but how…

I was shooting hoops with my boy last night in the driveway
When I caught myself saying what you’d always say
Coaching the team down at the high school gym
And I thought, I sound just like you did

Coach, your lesson was waiting there
Till I could finally hear

[Chorus]
I was young, I was dumb, and I knew everything
Though you tried, I had my mistakes to make
Like rain on the windshield those words washed away
If I’d listened then lord knows what heartache I coulda saved
I didn’t get it then
Oh but how
I get it now

I had a chip on my shoulder almost all the time
But you saw the good in me no one else could find
You said, if you run with those Johnson boys, there’ll be hell to pay
Then we crashed that car and I was lucky to walk away